Well most of you know well enough by now that I listen and read what others have to say and then I have to share my two cents so I have some points for you to ponder. 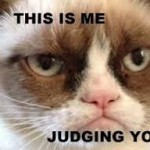 Way too often I see or hear about other site owners judging others for something they might be trying especially if it’s out of the norm.  And here lately, it’s because this one might be opening too many sites or another might be asking people to pay them directly to their Paypal account to keep from paying commissions and the list goes on and on.

Well I am still old fashioned enough that I still believe in ye without sin cast the first stone – and I just don’t understand how some can put themselves up on this high pedestal – don’t know about you but my mom always told me that being on that pedestal – there is always someone that wants to knock you off.

Just because you have been around the TE World for awhile, or might have more experience programming your own site, or think that you have learned it all – it still does not give you the right to judge others – period.  In my opinion, you should be focusing that time in figuring out how you can make me happy and get the results that I’m looking for.

Set of Rules to Abide By 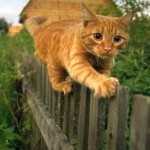 This one really gets me as I listen to this “set of rules” that some have come up with and that should be followed when running your own site or in your promoting another site.  Last I heard, we are still in a country where I still have the freedom to run my site the way I see so it will benefit my site and the members. Also, I can promote what program I want – or did we lose our freedom?

Now before you go thinking we are protecting others from being screwed over – and again who made you judge and jury?  Grant you there are some programs out there that are questionable but I don’t feel I’m qualified to decide which they are – just my opinion is I should be focused on my site and know in my heart what I am doing is legal and morally right period.

Stop straddling the fence. Again it’s these same people that talk about others yet do the same behind the scenes and I see that all the time.  How can a person preach one thing and then do the same thing they are saying others should not be doing.  How can a person put down another person for trying it their way and then publically be put down them for it BUT yet keep taking that persons money for an upgrade at their site?

Who wrote the cheaters handbook?  What or who is a cheater?  When should a person be suspended?  AND if you suspend the cheaters, do they still count the that total member total that you brag about? What happened to being innocent until proven guilty?  Did that go by the wayside also? 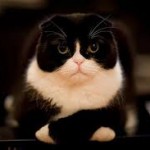 Grant you there are many cheaters out there and yes they should be stopped but the ones that point fingers really should look at the 3 pointing back at them.  Do you really do everything by the book?  Do you not find shortcuts that shouldn’t be used?  Do you not make deals with others behind the scene?  So who is cheating really?  Think about that the next time you make a deal with someone – who are you cheating out of their commissions?

Well this one could be a post in itself as I have really caught hell (excuse my English) that I didn’t put out one of those cheap lifetimes on the mailer that I just launched.  Well Just my opinion, lifetimes are just fast money for an owner.  If the owner was serious about their sites, plan on being around for the long haul then there are expenses that go with it.

Lot of owners get in trouble offering these cheap lifetimes and then wonder why they can’t pay the commissions.  When a lifetime is offered and a person is getting 50 % commissions – you just took in 1/2 the money your should and you cut that recurring income out by offering that lifetime.

AND don’t go and make some low upgrade that is just a few credits above what free members get and put the word lifetime on it.  Come on we are not that stupid that we are going to buy that crap – just so we can say we have a lifetime at your site.  AND yes that does happen – people have been brain washed with that word lifetime.  It’s a trigger word just like free, discount, sale, etc.  Make sure that you read the fine print before you buy and that site owner laughs all the way to the bank.

Well I see that I got long winded again but feel better that got some things off my chest.  If you are looking for an honest, hard working owner, they are out there.  Don’t get caught up in the crap you read or hear about others.  The bottom line is TRACK YOUR RESULTS – this will show you the true facts about sites and where you should be with your advertising.  What works for someone else not always works for you – you have to take the time and find out what works for YOU.

33 thoughts on “Points For You To Ponder”